Get fresh music recommendations delivered to your inbox every Friday.
We've updated our Terms of Use. You can review the changes here.

Tongue in a Bell 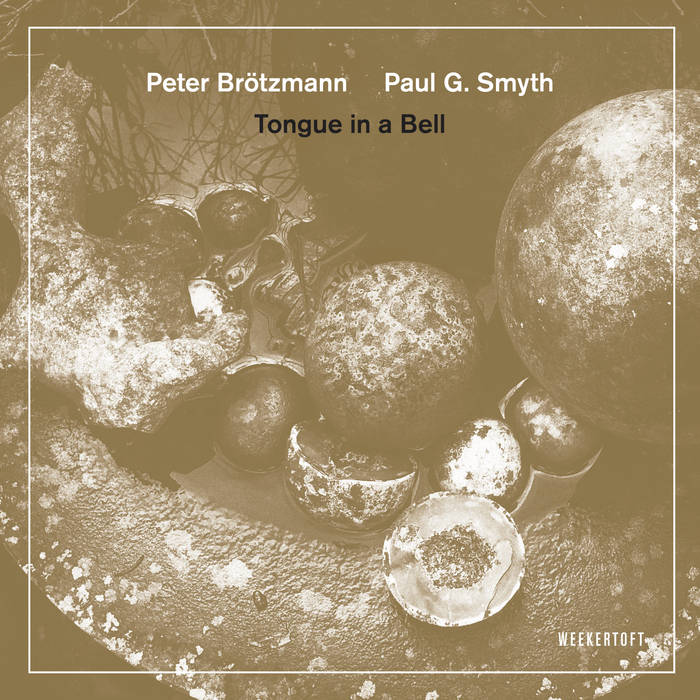 “Both players are on fire here, fanning the flames of an improvisational encounter into a raging inferno of free music that seems inextinguishable.” ★★★★ — Edwin Pouncey, Jazzwise

“Throughout this meeting, Brötzmann and Smyth succeed to balance the raw with the emotional, the intensity with poetic, and the total spontaneous eruptions with the contemplative and lyrical.” ★★★★ — Eyal Hareuveni, The Free Jazz Collective

"a moving meditation, a deeply emotional pairing ... Occasionally, albums get referred to as slabs, thick and heavy. This slab, however, remains a bright and energizing object." ★★★★½ — Lee Rice Epstein, The Free Jazz Collective

"This album has both intensity and shimmering beauty on its side" — Philip Freeman, Burning Ambulance

“... definitely among the best recordings of the German saxophonist in at least a decade, and that this is due to the great Irishman, we probably do not need to add.” — Spontaneous Music Tribune

"Right from the start, both players are full-on, fluently playing flat out, each in their own instantly recognisable, distinctive style. Of course, Brötzmann's energy and force are renowned, but Smyth impressively matches him every step of the way." — John Eyles, All About Jazz

“Peter Brötzmann has made no secret of the fact he doesn’t especially dig playing with pianists, citing a few notable exceptions including Fred Van Hove, Pat Thomas and Masahiko Satoh. Recorded in Dublin in 2015, this adventurous set extends the honour to Irish pianist Paul G Smyth. As Brötzmann locks into a characteristically savage mutter, Smyth responds with hyperkinetic leaps up the keyboard but, when the tenor briefly drops out, he’s able to employ a more deft touch, generating intricate dreamy ripples. Throughout the ebb and flow, reed and keys come together in spontaneous sympathy – with the highest altissimo squeal signalling deep oceanic chords of peak intensity, or Brötzmann subsiding into smoky noir backed by a chiming funereal dirge.” — Daniel Spicer, The Wire

"Smyth does an admirable job of pulling his piano into full clangour mode, splashing a frenetic, action-painting backdrop through which Brötzmann proceeds to blow holes ... It's easy for this kinda heavy blurt to become a dick-measuring contest, but Smyth and Brötzmann make a good, sensitive team ... 'Tongue in a Bell' is a no-frills recording of two hardened vets going full bore for the heads. If that sounds up your alley, it probably is." – Dustin Krcatovich, The Quietus

"sure to be an essential new label for creative music" — Burning Ambulance ... more

Bandcamp Daily  your guide to the world of Bandcamp